Brett Morgan, a prisoner during a 1981 hunger strike, reported that it was common for their food to be tampered with, stating that, “There has been tabasco sauce in our coffee, and dessert, and men’s underwear in our coffee”. In one horrific account, they were served soup with razor blades. Morgan stated in this report that, “If we continue to get the media involved they will lock us up and take our phones away”. The report stated that several men started a hunger strike as a response (The Lethbridge Herald, July 2nd 1981). This is only one instance of prisoner resistance to oppressive conditions at the old Edmonton Remand Centre.

The  government response to the awful conditions and overcrowding was to build a  $580-million new Remand Centre that could contain almost 2000 people (Jonny Wakefield, Edmonton Journal, April 15th 2018). Jeff Kent, who spent 15 months at the Edmonton Remand stated “It doesn’t matter if they made 1,800 beds or 3,000 beds, they would have found a way to fill it.” (Jonny Wakefield, Edmonton Journal, April 12th 2019).

Alongside this new expansion came the same oppressive conditions and prisoner resistance. On January 8th 2018, 55 men went on a several day hunger strike at the Edmonton Remand Centre, to protest guard brutality and increased lock down time. Christopher Gascon, a prisoner at the Remand, reported that, “They do a lot of foul stuff to us. They bring their anger to work and they take it out on us… They’re still using way too excessive force on inmates. People are sick of this” (Stephanie Dubois, Edmonton Journal, January 8th 2018).

It was reported that the hunger strike ended as a result of ongoing communication between Remand staff, and prisoners, and a commitment to address the concerns of the prisoners on the hunger strike. However, Timothy Crowe, a prisoner who was a part of the hunger strike, reported that he had seen none of their concerns be addressed, such as asking for the release of a prisoner being held in the maximum security pod for over a year, the lockdowns of certain pods for more than 20 hours a day and looking into the excessive force by the guards (Jonny Wakefield, Edmonton Journal, February 2nd 2018). Alberta Justice, called the hunger strike “non-compliance” and justified the actions of the Remand Centre, to segregate the prisoners for 23 hours a day, take away their clothes, and confiscate their canteen items. Jason Robertson, a prisoner who participated in the hunger strike, stated, “They're taking away their rights and private property” (Todd Coyne, CBC News, January 10th 2018).

Again, In July of 2018, 200 men went on a hunger strike in response to a two day lockdown that occurred after two men had overdosed in their cells, including one man who died (Angela Jung, CTV NEWS, July 25th 2018). The men were protesting the increasing time in lockdown. Daniel Raymond, commented on the up to 23 hour a day lockdown conditions, saying that, “We're out of our cells for one hour, three or four times. The maximum we're out of our cells for is five times a day” (Stephanie Dubois, CBC News, July 23rd 2018) 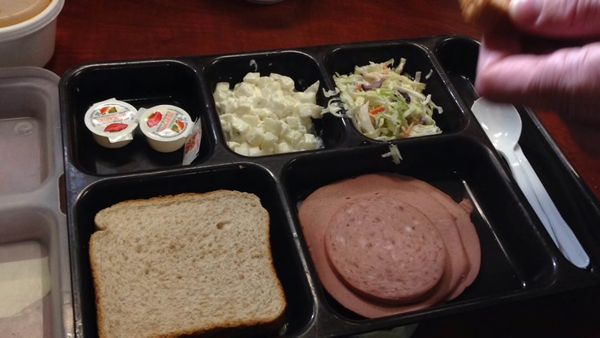 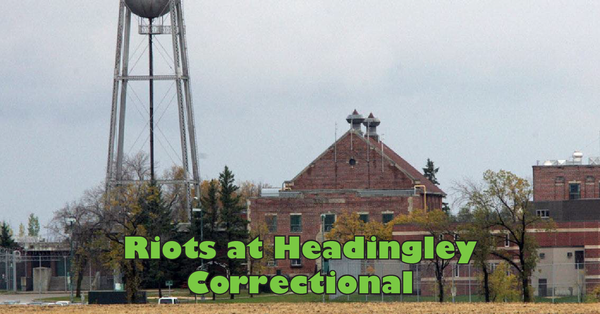